If you can't wait to find out how the story ends, click on the link 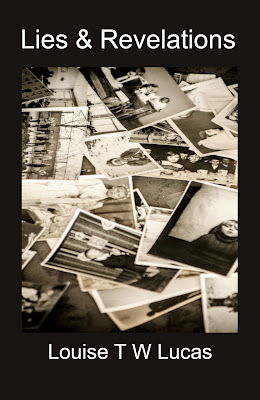 
When I left the house, later on, to buy cigarette papers, Ray was outside painting their front door. As I closed my gate, he looked up.
“Oh Hi, I hope the colour meets your approval,” he said, smiling.
Which took me by surprise. Not only because I now knew what he really thought about me, but it was also the first time he had tried to engage in any conversation.
I just glanced at his door and said, “I've never liked that shade of green.”
Ray laughed, amused, which was even more confusing, it was as if he was trying to be friends. Had he guessed that I had heard him and Bella rowing, and what he had said about me? Did he care, was it possible he actually felt slightly embarrassed, it seemed unlikely.
When I got back, I was glad Ray was no longer outside. He had finished painting the door and it was left open so the paint could dry.
At school closing time I decided to wander on down through the park.
There was the miserable figure of Almado heading in my direction, intermittently kicking the gravelled path.
“Hello, Almado!”
He just looked up at me with a mixture of suspicion and dislike.
“How was your day at school?”
“OK.” He said, shrugging his shoulders.
“Any news about your cat?” I asked.
“No.”
“Oh dear, that's sad, isn't it?”
“Yes.”
“How's school?”
“I don't like it.”
I didn't really know why I was bothering to talk to Almado or why I had decided to wander through the park to meet him. Maybe I did feel sorry for him.
As we approached the cottages, Ray was leaning against the granite wall of their house with a bottle of beer in his hand.
He looked over at us with a strange expression on his face.
“Get inside Almado!” He said sharply.
Then he gave me a looked which implied I owed him some kind of explanation, which I ignored.
As I stood outside in the yard I could hear Almado getting the third degree from Ray.
“What did she want?”
“Nothing.”
“What was she talking to you about?”
“Nothing.”
“Well, it must have been something, what did the nosy bitch want?”
“Nothing, she was just asking about the cat, that's all, she just wanted to know about the cat?”
“Nothing else, just that, just the cat?”
“Yes, I didn't do anything wrong, I just said we hadn't found him.”
I finished my cigarette and wandered back indoors and apart from the muffled sound of their television, it was a quiet evening.
The next day was dry and sunny. I went out early while it was still quiet, before the school run.
After that, I just hung around wondering what to do with myself.
At one point I looked out of the window and saw Ray leave his house dressed up in a suit and carrying a briefcase.
I'd never seen him in a suit.
I wondered if he had a job interview, he would hardly dress like that to visit a building site.
He was only away for just under an hour and then I heard the squeak of their front gate and the door slam shut.
The bank, I thought, has to be, the smart suit, trying to look all business-like. I wondered if he had been to see if he could get a loan.
At just after three o'clock I wandered over to the park and sat on a bench by the fountain until I saw Almado.
“Hi, Ali,” I said.
He pretended not to see or hear me.
“I came over to the park to sit in the sun.”
He looked at the ground.
“Do you know what, I think I can hear a cat meowing.”?
That got his attention.
“Where?”
“Well, I'm not sure, I think it's coming from somewhere in the bushes.”
Almado glanced over to the shrubs nearby.
“I don't hear anything.”
“Maybe I imagined it.”
I stood up.
“We could have a quick look if you like,” I said softly, squatting down to match his height.
Almado looked worried, I could tell he wanted to go with me but felt he shouldn't.
“It won't take a minute, what if it is Ginger, what if you were to find him, your dad would be really proud of you.”
So Almado followed me as I inched my way through the rhododendrons.
Then he heard the noise, the faint mewing of a cat.
There was a plastic bag with something inside it.
We crept over and there he was, Ginger, thin and weak with hunger.
Almado looked at me, astonished.
“Poor thing!” I said, “quick Ali, let's pick him up and hurry home with him.”
I grabbed the handles of the bag, Ginger slid to the bottom.
“Shouldn't we carry him properly?” Suggested Almado.
“No, he might struggle.”
The truth was, I didn't want to hold him. I didn't want to feel the limpness of his bony body. He was hardly alive.
Ray was in the garden oiling the gate hinges.
“Daddy, daddy, look what we found!” Almado was running towards his father breathless with excitement.
Ray looked from Almado to me, confused.
“He's in the bag daddy, Ginger, he's in the bag!”
I handed it to Ray.
“Christ, the state of him!” He said, and then asked where the nearest vets was.
It was only a five-minute walk from the cottage, so I gave directions and watched them hurry away. Ray had taken Ginger out of the bag and had him in his arms.