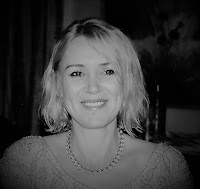 Although I now dedicate most of my time to writing, my initial career was as an architect in London and Cornwall.
After returning to Cornwall with my two boys, I ran an antique shop in Penzance, which I then transformed into a vintage clothing shop called Kitts Couture.
Articles featuring my vintage clothing shop appeared in Tatler, Marie Claire, She, magazine, The Sunday Times Style magazine and the Telegraph, Cornwall Today and The Cornishman.
During the twelve years that I ran Kitts Couture, I held five vintage fashion shows and raised money for various charitable causes.
(Press Attention, my second novel, a work of comic fiction, is loosely based on some of those experiences).
In 2012, I closed Kitts Couture and opened Sheer-Veneer vintage at the rear of my husbands shop, We Have What You Need (my husband suspects that the character, Mr Spats, in my first novel, Hungary For Adventure, is very much based on his own quirks and personality). Fortunately, my extended family, other than my mother, who also believes herself to be a main character, did not bother to read my first book.
So, I am still able to dable in my passion for antiques and collectibles, whilst also having time to write.

Other than reading, a favourite past-time of mine, since my mid-teens, has been to make life-size cardboard figures ( 6ft tall), for no good reason, and then photograph them to create cards which I sell under the name, Cardboardbizarre.
Short film on YouTube of Kitts Couture in its heyday.

Where were you born? Since how long have you been living in a small seaside town in the county of Cornwall, UK?

I was born in an old Cornish cottage in the rural parish of St. Levan where (I have been told), Dylan Thomas once lived for a year, prior to his marriage to Caitlin.
My parents then moved to Zennor, a remote coastal village in which D.H. Lawrence and his German wife, Frieda, had a cottage during world war one. At the time, and because of Frieda's background (she was related to the infamous Red Barron), the locals suspected them of spying.
(What relevance the naming of these famous writers has in relation to my own story is, precisely... none whatsoever. They are simply interesting facts about two elite literary names I considered worth bandying about in this interview. I'm not saying that our closely shared geographical history has in any way enhanced my own literary talents).
Moving swiftly on... I was seven when the family, once again, up sticks and left Zennor to live in the mining village of St.Just, near Pendeen (Poldark country, to fans of the series, and well paid extras work for those who live nearby).
So, I spent a fairly idyllic childhood, and early adult years, walking the hauntingly beautiful coastal paths, relishing the long summer holidays spent swimming with my sisters at Cape Cornwall cove, and making mud-pies to dry in the sun and throw at the Tucker boys, should they attempted to launch an attack on our headquarters in the donkey shed erected by my dad in the corner of a nearby field.
At sixteen, and after my sister, Sharon died in a car crash, I left school to be with my mother as she was pregnant then with, what was to be, the first boy in the family. Up until that point, there had just been us five, girls, with hardly more than a year between any of us.
At seventeen, I left my parents home to live and work in St.Ives. I had been offered a place on a training scheme in an architectural office there. As I was free labour, the boss really only wanted me to make tea, paint the office, and run various errands. I insisted on the architectural training that had been promised and, in time, became an architect and moved to London.
If you have been brought up by the sea, it captures your soul, 'you can sign out any time you like, but you can never leave' (a line from the wonderful song, Hotel California, by the Eagles). The sea will always beckon you back.
After ten years in the city, I longed to wake up, once again, to the sound of the gulls and the smell of salt water in the air. So, I returned to the West Penwith to bring up my two young sons in the seaside, market town, Penzance.

Did you ever dream of becoming an author? What were your dreams during childhood?

I loved reading from a very young age and have always harboured the ambition of one day becoming an author. Although, like my parents, I have an artistic streak, and spent a fair amount of time, between the ages of fourteen and twenty-one, writing and illustrating children's books (which never found a publisher).

How did you get your idea or concept for your most recent book, "Lies & Revelations?" What challenges did you face while publishing this book?

My recent novel, Lies & Revelations, started as a short story and then simply ran away with itself.
The main character, Zeta, took over and the story gathered pace.
That may sound pretentious, but it is true, I had no idea she would turn out to be such an interesting individual.
She would wake me up at three in the morning to let me know what was going to happen next.
However, some of Zeta's story evolved through my own personal experiences, since early adulthood, with fairly severe bouts of depression.

What do you enjoy the most about writing and reading "comic fiction"?

I love reading and writing comic fiction because humour and laughter work as a great tonic when life throws some very bad scripts in your direction.
At eight years old, I watched a production of the play, Charlie's Aunt, by Brandon Thomas, and have been a huge fan of farcical comedy ever since.
I also relish fairly dark humour, as anyone reading my novels Hungary For Adventure and Press Attention will know.

What inspired you to writer, "Hungary For Adventure"? How did you come up with the title?

Hungary For Adventure is loosely based on a true story that has been shored up with a fair amount of fiction. The story begins as one member of the Pettigrew family plans to move to Hungary with a man she has only recently met on an Internet dating site. The character, Tiffany, now divorced, is in search of new and exciting experiences. Hence, the title, Hungary For Adventure.

Caterpillar Cat is a delightful children's story and excellent bedtime book. How was your experience of writing a children's book?

My experience writing Caterpillar Cat was really enjoyable and the inspiration for this story was the real, Caterpillar Cat, a stray who has now moved in with me and my family.
I wanted to write her story and publish a children's book as a gift for my five-year-old nephew and four-year-old niece, to whom it has been dedicated.

Having written both romance and children's books, which genre do you enjoy writing in the most?

My favourite genre of writing is contemporary fiction, and I do not really see myself as a writer of romantic fiction, as any romance in my novels is secondary to the main story. It just has a way of creeping in.

"Lies & Revelations" delves into a variety of issues, including mental health disorders. Which was the hardest scene to write in the book?

There is not one chapter in particular in, Lies & Revelations, that I found harder to write than any of the other chapters.

What software do you use when you design? Which tools do you use during each design stage?

There are so many useful tools now available to writers, and this is a subject on which I can become a crashing bore.
The word processor I use has always been Open Office (because it's free), and then there are some really helpful grammar and spell check downloads.
To create my book cover designs I use free versions of both Gimp and Serif Draw.
There are some excellent You-Tube tutorials that will instruct a novice on how to use graphics software, produce audio-books, and guide you through the writing and publishing process.
For the production of Caterpillar Cat, I downloaded, Kindle Children's Book Create, which makes the whole process of producing an illustrated book so easy.
Recently, I have had to find tools for file conversion and there are a number of free on- line sites, although I found jpg2pdf and DocuPrinter TSE, to be the most user-friendly.
My favourite site for royalty free image downloads is, Pixabay, which showcases high-quality photographs, free to download.
I could go on... I won't!

Describe your creative process for us. What steps do you take when you’re writing a book?

When writing a book, the initial process usually starts with a long walk along the seafront in order to mull over various vague ideas that have been spinning around inside my head.
Then, I sit at my laptop and type words in the hope that, as they multiply, they will morph into a great story.
I don't plan a beginning, middle, and end. That process doesn't work for me. If I feel an idea might have somewhere to go, it will find its path. Sometimes, I have been halfway through writing a novel, and then realise that it is on a slow train to nowhere, other than the recycle bin, and that's where it ends up.

Who inspired the character of Eva? What do you love the most about her character?

No one person, in particular, inspired the character, Eva. What I like most about her is that, although she can be foolish, fairly shallow, and quite selfish, she has a strong, determined, personality and harbours a very good heart. Eva can also be very funny, sometimes on purpose, and often by default.

What are some of the funniest acknowledgements you have come across in a book?

I'll be honest, I couldn't think of, 'the funniest acknowledgement that I had come across', and looked on-line in order to find one.
I chose this:-
“To those who inspired it and will not read it.”
That one sits well with me.
Not hilariously funny, admittedly. I'm just glad that the majority of my family, and some of my friends, haven't bothered to read my first two books.
Then I came across this sad and very beautiful acknowledgement.
“This book is dedicated to the far-too-many young people who ended their lives because they couldn't see beyond the pain of the present to the joy waiting for them in the future. Also to those who loved them then, and still love them now.”